I've been in limbo since I returned from Australia, especially after I finished blogging about my trip. I've unpacked, even washed paint palettes with methylated spirit; I have ideas and plans, but a little heavy on the bookbinding/drawing/mm side; it's been a little cold inside; and Ben's been home so we've been hanging out without doing a whole heck of a lot. We had planned to visit Christchurch for a couple of days during his time off, but he had a mini dental emergency and he's been uncomfortable on antibiotics; but at least extraction was not called for - it was the tooth next to the one which bothers him usually. 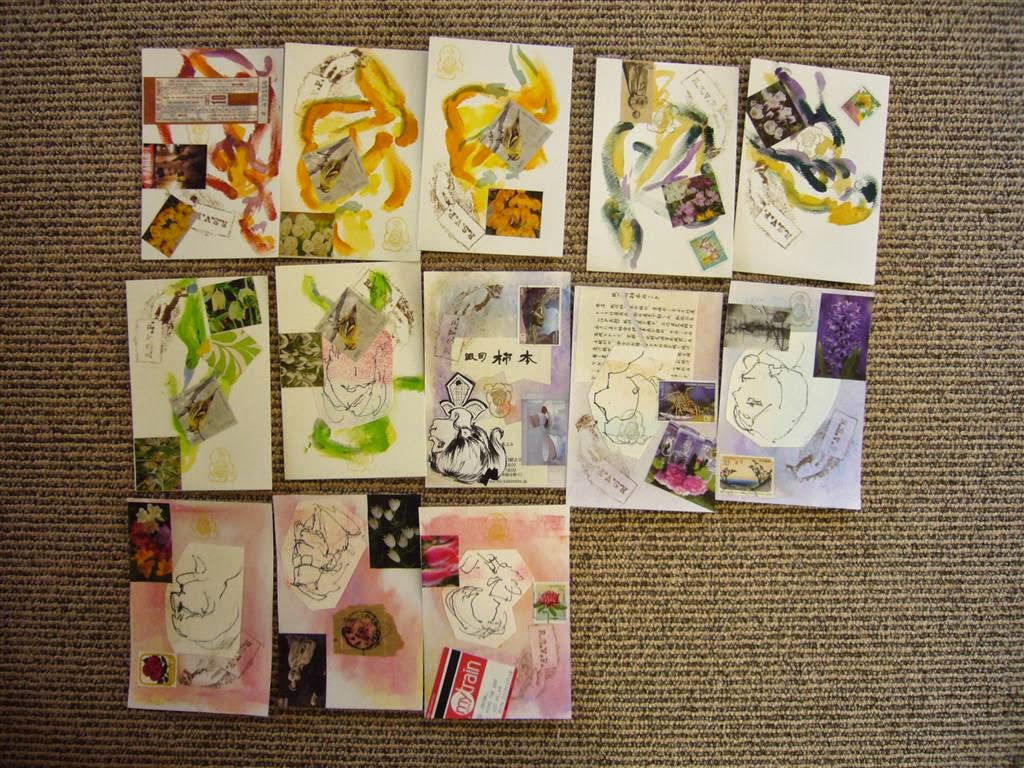 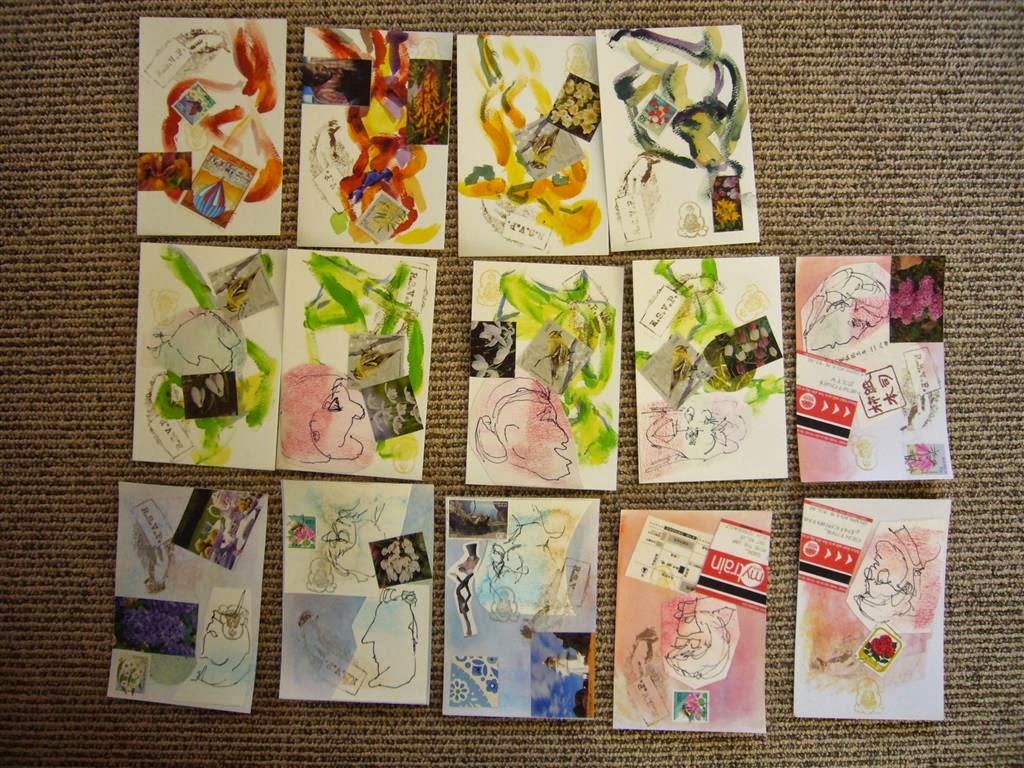 I worked on the postcard some more; they are photographed upside down because when I work on them, I try to make them interesting from multiple sides, though they don't necessarily end up so. I used the methylated spirit to take some unwanted paint/media blobs off the book pages from the workshops; these worked sometimes if the paint and media underneath were piled on thickly, but sometimes they just dissolved the desirable paint layers and made holes.

Hope is mentoring me in making my own Vincent stamps and stencils. I've manipulated his self-portraits into crude gray scale pictures but need to simplify the fields further and then make sure there are no "islands". While in Australia, Carol showed me a book she bound and is in the process of filling; it was beautiful and interesting and unforgettable.

That got me Googling bookbinding images, which got me hocked on artist/bookbinder Roz Stendahl, blog and YouTube, who turned out to be from the Twin cities, which in turn made me nostalgic enough to join the Twin cities Urban Sketchers group on Facebook, and even wishing I could spend a day at the Minnesota State Fair. (I also found out from her blog the authors of the bread book Sam recommended live in Minneapolis.)

I don't know how they tie in with my weaving, but I am interested in some more drawing/sketching.

I read the one book I bought in Australia; it wasn't so wonderful, it's from Tate and a little Anglo- and Gaugin-centric, but it got me back in the swing of reading about art in France in that era, and looking up works by more painters.

Both Ben and I cooked. Spring is coming regardless of my plans, so at least we're looking forward to the coming salad and fresh veg season. But my breads are still iffy; perhaps I need the bread book to complete the circle.

Tomorrow is the start of September. Ben goes back to work; weeding, finishing my books from the workshops or postcards, weaving, or cooking, whatever it is, I hope to get back on at least one horse.
Posted by Meg at 8/31/2014 08:19:00 PM