Well, the last few days, because it's all connected, yes?

Thursday morning was cold, but sunny/cloudy, and we were expecting rain in the evening. It was the kind of day I knew would be warmer outside than inside my house, so lo! I gardened. Well, I weeded. Because our place has been neglected very badly for the last two or three years, (before that it was "badly" neglected), the garden is retaliating and what usually takes two hours took four. Still, I was outside for the better part of the day, and got a tiny section cleared. And it was fun thinking about all the things I will clear away, rearrange, or plant.

Thursday evening was the third week of pattern making course. At the end of the class Jill told us to go research clothes in stores to see where the darts are because we'd been studying mainly how to reconcile the breast curve in the top bodice of women's garments. We also learned how to make pointier/flatter front bodices. Aha!

Friday morning drawing was ho hum for me. We'd been drawing contours for several weeks, and it was hard to get back into gestural, but in order to see the light/shadow better, Ronette turns off some of the lights, and I'm noticing while I can see the light/shade on the body better, I can't see what I'm doing; maybe it's not a bad thing. Anyhoo, I got a few colorful things with watercolor pencils, but nothing spectacular. I kept giggling inside because all I could think of was to cloth the model in pointy-breasted garments which I now knew how to cut. Sort of.

I wanted to go home with Jo right away, but I had a dentist appointment mid-afternoon, so I did my usual round of bookshops, and I still had time.

I have a monumental body image problem. To the point I even hesitate to say the word "body" out loud in the clothing context, and have never ever stepped foot into most clothing shops in Nelson. And this is a small town, so there aren't many clothing shops.

Homework is homework, so I gingerly went into the women's clothing department of the department store, to find so many knit garments it became a huge challenge to even spot darts of any kind. Then I went to another, blah store, and it was worse. And I realized in another store, my favorite (Jean Jones to Kiwis), is practically a dart-free zone. I don't knock knits, because without them, some of us will be hard-pressed to find clothes that will cover us, but I hadn't realized how big of a proportion of clothing in general is now loose-fit, or knits. This is part of the reason I wanted to take this class in the first place; I think women shaped in non-standard shapes, particularly as we get older, need to pay more attention to our clothes, and I wanted to sew basic but well-fitted (not tightly-fitted) garments.

Next I went to an expensive store I had never been inside, and there I found non-knit garments, but many garments used panels rather than darts, or had "sculptural" neck area finish accommodating the breast area curves; many others were loose-fit. I ventured into two second-hand shops and there, finally, I found some tailored jackets and blouses, some with textbook darts. Phew.

While walking around town doing my research, at 1.22PM to be exact, all of my muscles started to hurt at once from Thursday's gardening. If you saw me, you would have noticed this middle aged woman who looked like suddenly her marionette strings were loosened. I had to go to the dentist half an hour earlier just to sit down.

Have you seen this month's National Geographic? Japan's national broadcaster, NHK, did a fabulous doco in the 70's called "Silk Road", and many older than, say, 40 in Japan are clued up on the exotic places, mostly between west of China to Iran. (Which, strangely, came in handy after 9/11 because we knew where many of the trouble spots were.) But I don't remember hearing about the Buddhas of Dunhuang, and National Geographic has a fabulous spread. I couldn't finish it, so they let me borrow the magazine for the weekend. I think National Geographic will load something here after the month is over.

Friday I was good. I didn't buy books even though one of the shops had 30% off on cookbooks and gardening books. Yes, I checked which Nigella they had, but I was sensible. I had a single cone of Lavender and Honey ice cream at Penguino, and then went to the veggie shop and bought a whole lot of veggies and waited for Ben to pick me up. 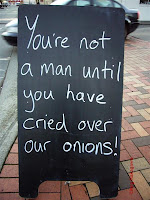 Today, Saturday, I went back and got a small but heavy volume on organic veggie gardening I had my eye on Friday afternoon. I have one book on organic gardening, and a couple of small volumes on veggie growing, but this new one has photographs so I know exactly what I need to do. So, I got it. And I wanted to get two bulbs of garlic in the garden/organic veggie shop, (because our garlic from veggie shops/supermarket don't sprout!) and, ahem, we came home with a few more plants. Just a few.