Friday, Ronette's life/figure drawing resumed for a new school year. It was nice to see and learn from Ronette again, and lovely to catch up with familiar faces. We are 16 in class, with only two new students; three have been in the class since I started, so they are more my co-conspirators than classmates. Everybody knows I'm different/difficult; I get to use A1 paper even when Ronette's instructions are to use smaller.  But on Friday I stuck it out on A2, just to try to fit in.

We are in the new Visual Arts building, and the classroom has presented all the problems Ronette said it would; those in power/builders/architects value their taste more than student comfort. Look, I'm not complaining as much as reporting, but the classrooms are set up for small classes of around 10 students, (Ben heard it as Visual Arts school's plans,) and it's about 1/3 or 1/2 the size of our old room. There is no ventilation save the tiny slits of windows you see in hotels, and we were hot and crammed and a few of us felt claustrophobic. Although the emergency stairway is at the east end of the building, there are no windows, no even the slits, but just not-so-bright lights, and the stairways are narrow.

But the building has terrifically wide hallway and the main stairways. Pity architects forget what it was like to be art students.

And then we had a model I really don't like: we had her once last year and even though it was either just face or just hands, she kept fidgeting a lot, and unlike other models she doesn't warn us before she moves. She was very proud to let us know she's done a lot of modeling in Europe, but for us she only presented  one standing pose from different directions, and a couple of sitting poses we've seen many times by other models.  She didn't wiggle as badly on Friday, but still, if you declare you're so good, then I expect better.

The most alarming thing about this model, for me, was whereas all others stair into space once the pose starts and becomes not-Jack or not-Jane but objects, this one staired right at you in an aggressive, challenging manner, making me feel as if I was supposed to react. Never had an experience like this before.

I am in a bit of a... maybe panic about my drawing lessons because unless something exciting happens to me financially, like selling a few scarves in the next nine weeks, it's looking more and more like this is going to be my last term for a while.  (Economic forecast says we're going to have a harder year in New Zealand, food prices going up because of Queensland flood being a small but significant part of the problem.)

Friday morning classes are popular there is always a waiting list, so just because I can afford it doesn't mean I can come back. Every second is terribly precious to me, and I prefer not to worry about heat, the person next to me backing into my easel, the noise, (it's one of those all glass jobs on one side, and we had student groups, tree trimming, and a police car Friday morning,) or models glaring at me.  And overly long tea breaks.

Boy, I sound grumpy, but I'm not. But I was. I trust Ronette will do her best to carry on the lovely classes she runs, though.

There was a lot more to Joan's visit on Thursday, and I'm enjoying regurgitating them. The second piece I got from the Cherry Blossom warp I wove with merino boucle and it shrunk so much I thought it was only good for a dog blanket; I've actually been asking friends if they have a small to medium size dog in need of a fluffy blanket.  I asked Joan, too, and she said she has three working dogs, which I understood to mean, they don't need fluffy handwoven blankets.  But she took one look and said it's a perfect size for a baby cot blanket.  So, baby cot blanket it is.

I did not know there have been an agree-to-disagree situation by two camps about entering small dyed/spun skeins into Guild exhibitions, some skeins being so small you can't make anything with it on its own, one camp thinking it's just material and not a finished piece of work.  By the same token yardage is not a finished product until made up into a garment, and we discussed the merits of entering them in exhibitions.  It's one of my back burner projects: to enter yardage in exhibitions.

We talked a bit more about "traditional techniques" vs "textile art" but of course we couldn't reach any conclusion.  It's nice to muse together though, one on one, with different weavers, particularly, in this case, because Joan has long and extensive experience inside the Guild organization and of mounting exhibitions.

I finished Week Five of The Artist's Way - Walking in This World. As I wrote before, I'm doing this in a relaxed way, so if I don't do a task any given week, I'm not bending over backwards to make up for it in the next. 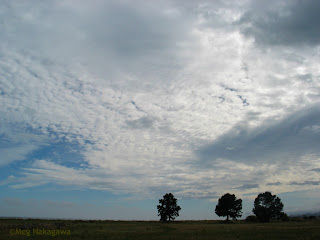 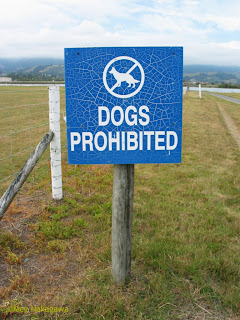 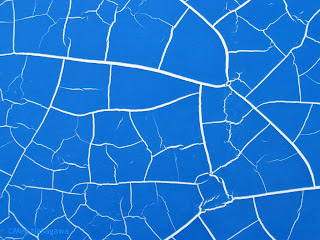 The weekly walk, though, I try to do with Ben, as a) he can use a good walk at least once a week, too; b) I don't like waking from/near my house because our area isn't a wide-sidewalk-few-cars area but hilly and curvy and cars try to run down as many pedestrians as possible, if they aren't parked on the foot path already.  So I like to be driven to a nice place to walk, and I don't drive; and c) it's nice walking with my guy. We've done three walks around the airport in the five weeks, and we usually talk about photography, travels, and life in general, but today for some reason I told him about my recent The Artist's Way experience.

One of Week Five tasks was to write a letter from a supportive friend to me about my "art" (Julia Cameron's word), and I couldn't think of anybody real who would say the kind of things I wanted/needed said, so I wrote a letter from me at age 65 to me now. It turned out to be a wonderfully reassuring experience so I think she may have a recurring role.

I felt a little bad I didn't tell Ben the letter was from him, but then he's not the kind of person who will stew over it, whereas if the roles were reversed, I would. Hee hee.

Ben doesn't need/like New Age/Self Help, Psychology/Counseling, or even thinking about one's art. He's good at focusing on the technical aspects of his photography, for example, and shoots pictures and through shooting and editing, his concepts/philosophy/aesthetics seem to present themselves to him. That seems a healthier approach to making, but I went to a convent school and I started out as a Philosophy major so introspection and self doubt are part of the package that is me.

Still, the recent burst of productive energy has been wonderful in simplifying my life, adding to my presently very sparse gallery stock, and even reducing my stash!

To conclude this once-again long-winded post, here are two friends showing me, during this morning's walk, a work-mode Ronette described to me years ago that I've come to aim for: "head down, bum up." 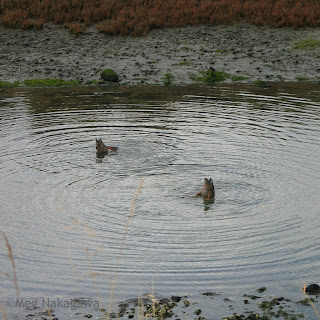