Kath Bee's Second CD release party takes place in 12 days. She's finished the recording, and though I haven't heard it yet, her family and music friends are happy with the variety of songs (and a bigger range of age groups that can enjoy her CD), and the far more professional sound compared to her first. Artwork is also finished and she loves it. And though she hopes to do a bit more publicity, she's been covered by the free local newspaper with a great big photo, she will be in the paid local newspaper, again with a big photo, and in a local monthly magazine shortly after her party. (That interview took place last week.) We have all distributed posters to shops, cafes, schools and wherever else we could think of. So if she does nothing in the next 12 days but practice and relax, she's set. She has an army of friends and family helping her on the day, and everybody knows his/her role. And she's been far less busy in November than in October, which was the plan.

So this morning, I was alarmed to get an email from her asking me to ring as soon as I got her email. And when I rang, I got her machine. It took another half an hour for us to connect, and she's in a place I know something about; she's unsure about her CD, she can hear things that aren't right, she's not sure if the CD will be delivered on time, she's worried about the number of people turning up to her launch party - either too few or far too many. In some ways, she's so tuned out it all seems like someone else's problem, while she also wants to metaphorically jump out of a window and leave it all behind. I had to tell Kath what my friend Kate told me as she witnessed me selling my work for the first time; "Smile beautifully, say 'Thank you', and shut up."

I am the worst when it comes to pointing out the minutest details of what is wrong in my work, be it individual pieces, the series or the exhibition, or the way I work. I can go on and on, and won't let others interject, as if I'm building a verbal wall so I don't have to face criticism or compliments. I don't fish for compliments, and I am honest and frank about what I do wrong, but it still makes me sound like a whining kid rather than a committed professional.

Whilst I'm happy to listen to Kath worry about her CD, because I understand as a fellow maker-of-things and she's hilarious anyway, I also thought a song-writer of her caliber should sit back and to some degree suffer in silence and not let it show publicly. Act more professional. So I told her both sides of these feelings. And I hope she understood, because she had to sit though many a morning listening to me point out the minutiae of my sins.

Tomorrow is Tuesday, a day I have saved for Kath for the last few months. We may go distribute more posters, or update the To do list, or we may just go to the Beach Cafe and chill out. Kath Time is for whatever she needs to do on the day. But we definitely have to talk each other out of overly enthusiastic self-criticism. 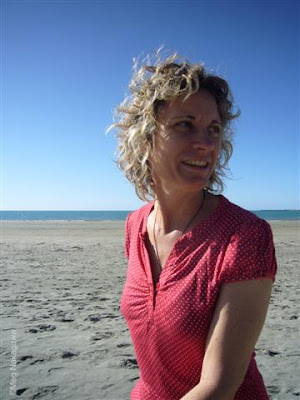