Not to waste last Friday's weeding and the weekend's non-storm, I managed to get out every morning Monday to Thursday, clocking up a total of 13.5 hours. I may have done this in a day and a half last century, but I'm pretty pleased with the week. Our place is still an unKiwi mess, but if you care to walk around the steps towards my compost heap, you will see evidence of effort. I often work in areas nobody can see because I feel more comfortable well hidden while I garden. I knew it was going to be slow and hard-going this season, so I don't mind the slowness, but my goodness, the Force is strong with the weeds, especially where I cleared with gusto last September.

The only thing I worry about is, I'm meant to be converting our place to a relatively-easy-care garden, but beside weeding and taking out quite a bit of, but not all of, weed roots, I'm putting in more plants in the gap. Alright, suitable plants, often more of the same, but it's not making the slopy weedy garden exactly relatively-easy-care.

My favorite kind of garden is tree-filled, "woodland", but I've been pruning and thinning trees, too. But I'm quietly confident I know what I'm doing; at least I've been observing my place for some years, and so I know what needs to be done. The proof is in the doing.

It's still early fall here, so the sun is strong and the afternoon heat unbearable for me, but it also tells me I got started early this year and can afford to proceed slowly. I'm frazzled, though, from overstimulation of the senses and bouncing off the walls until the early hours some nights, and total physical exhaustion other nights; I wished it was the latter every night. And I haven't picked up a book in a while; I can't concentrate either way.

Monday afternoon I managed to finish threading and start sampling, and on Tuesday I finished; I wanted to weave a few shots of plain weave at the end of the sample, but there was a gentle thud and the shafts stopped lifting.

On top of my loom are two pumps that push the solenoids below. At the left end they are secured to the loom's frame with bolts. 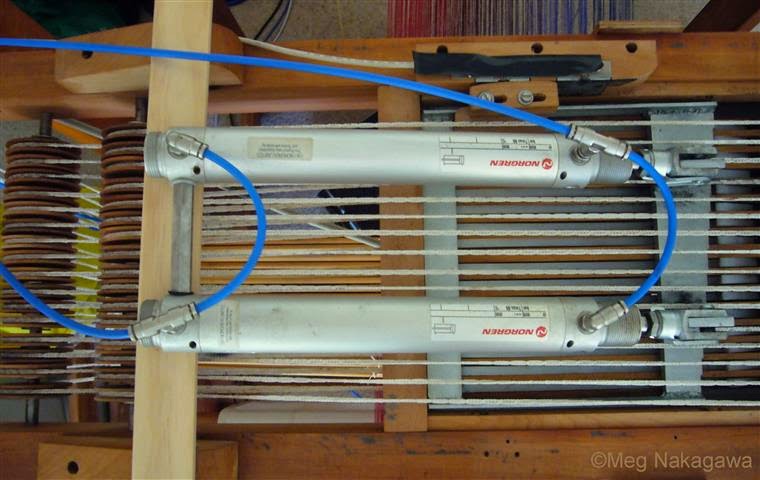 Now they are sitting resting on a piece of wood, because the bolt at the far/upper end broke. 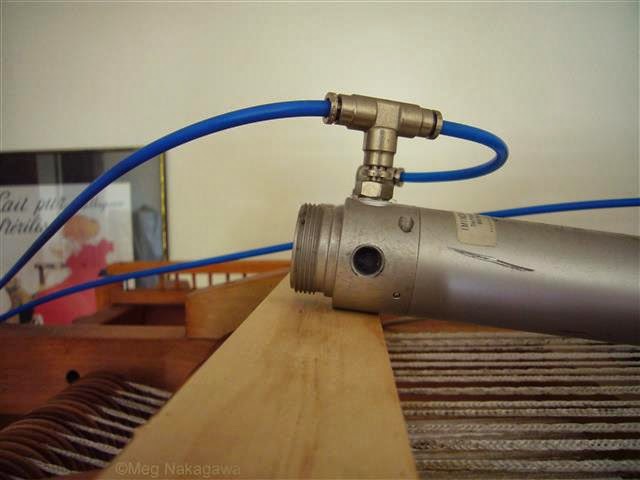 On the near side, you can see a screw hole for the bolt; at the far side, the broken bit of screw is stuck in the hole. Remedying this is Ben's homework for the coming weekend. 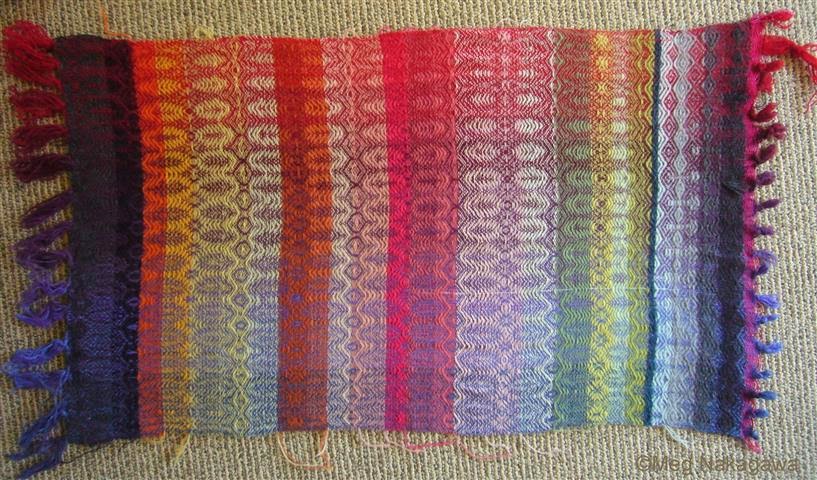 The sample is OK; only when I started sampling with Triona's draft (far right) did I remember I wove a series in cashmere in these drafts, two of which still live at The Suter Store, so I concentrated on my wheat design.... (What is the top part of the wheat plant called? I think of these shapes as them things.) And don't get excited like Mom; I'm using one color in the weft per piece; I was just trying things out.

You'd think Wednesday and Thursday afternoons were spent hemming/washing/pressing/tagging/labeling pieces due at The Suter, like, last week? Well, no. 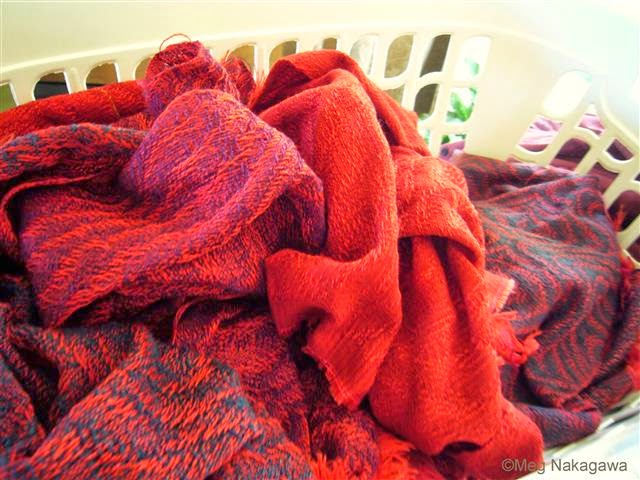 Haven't touched the design book in a fortnight, either.

Shock, horror; next term in drawing class we're going to do closeups of hands, feet and heads. Like, realistic.