The remedy for yesterday's cashmere blunder was a no brainer; because the wefts were clasped, I unpicked, (rather than attempt a sexy maneuver with a needle,) wove another 40cm and finished the piece. Instead of starting the second piece, I cut off the first piece and began pulling the rest of the warp forward; I couldn't finish tonight, but tomorrow morning I hope to have shortened warp with more even tension that can go back on the loom later. Then I'm putting the red warp on so I can make the commission piece first, then this warp afterwards. I'll take a picture of the red warp when it's on the loom; it has three reds in BB-AB-AA-AC-CC-CB-BB progression, 24 inches, 18EPI. The weft, I think, is B, just one color.

I have two final candidate drafts and I like them both but I can't decide which suits the warp color changes better. 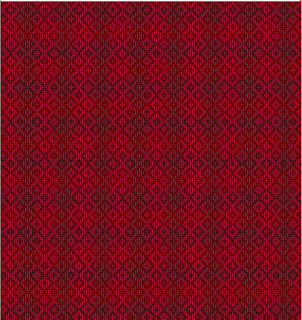 I love the way these squares look curvy in this advance twill; I've used it before but I think it suits this red-on-red combo. 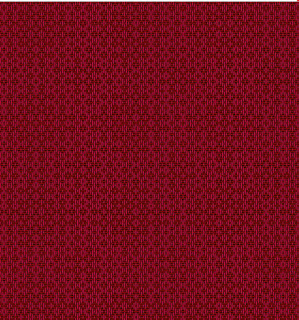 This looks fancier but I haven't managed to modify the number of warp ends in a repeat with what I've already got in the warp chain. Working backwards, I know.