Sales or jinxed? One was sold, another was stolen, so I think my cottons are officially jinxed. They paid me 1/2 of the wholesale price for the stolen piece, which I appreciate because I was expecting to get nothing for it.

Daniel Allen went to Auckland to shoot David Beckham (of the soccer/football fame) for the Australian Marie Claire. Daniel is English and football-mad, so I bet he was over the moon. You could say, my scarves were photographed by the guy that did the Beckham spread. Hee hee, hah hah.

And speaking of photography, Kath used pics I took over the years in her new CD, so... See it? See it? (Though one of the pics I know did not take, and Ben thinks he took the one shown here, but we cant' be sure because we shot a lot of similar ones at that Mapua Easter 2007 gig.) 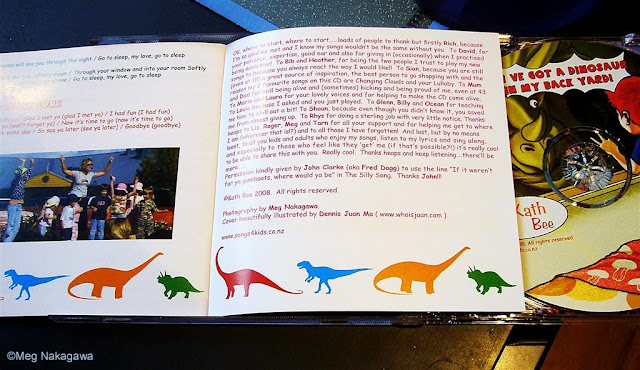