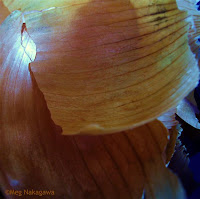 About a month ago I discovered to my detriment India Flint's dye workshop in Nelson is going to cost about twice as much as I had expected. Jo Kinross the kind organizer warmed me months ago, so I should have started saving then, but you know me.

Anyhoo, after much fretting ABOUT spending money I don't have, (which lasted no longer than 24 hours), I signed up. One does not get a chance like this very often in the first place in Nelson, but also I know at least Jo and Felicity who are sure to be there, and if I add the cost of flying or accommodation, it is a no-brainer. And I said again what I always say at these junctures: "the money will come from somewhere."

I've been reading, yes, the words, instead of just gazing at the pictures in, India's book. I find dye an unfriendly subject because of all the chemistry and potentially toxicity. But having experimented with Dylon dyes a little, and knowing most of the people in the workshop have gone to at least one, but up to three or four, of India's workshops, I wanted to catch up as much as I can, so I got started. I'm actually enjoying reading her book as it is not as dry as other dye books I abandoned after 2 or 5 or 8 pages; in fact, it's like reading a Nigella Lawson cookbook as opposed to, say, Julia Child's serious baking book. (Have you ever seen that monster?)

On Jo's advice, I started collecting onion skins. I bought some woad seeds, though they won't be ready by the time of the workshop. And I'm thinking of making a bunch of small drawstring bags out of an old sheet and stuffing some of them with wood ash from my fireplace. Today, I got a kitchen rubbish bin with a nice handle; I needed something tall to stick my bohmaki/pole wrapping in.

I'm such a wimp-wuss when it comes to dyes, though I used to love mixing paint and dye water as a child. I'm trying not to get the spinning bug but I find the mixing of color slivers intoxicating, and I realize I could easily go down that way with dyeing.

We say boys' toys are so expensive, but girls' crafts are so interconnected when you get into one seriously, there are always few other crafts you need to investigate to help improve your primary craft, yes?

So this is part of the reason I agreed to weave the red scarf in the previous post in two days. I am really hurting, though; I need another dose of the green-lipped-mussel soft-tissue serum.
Posted by Meg at 7/24/2010 04:10:00 PM