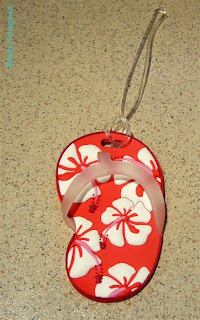 Dana at Calico Cat Press tagged me Sunday morning, making me wonder if I had six more quirky things to expose. (Note to self: don't confess to everything; save some for just this sort of an occasion.) However, we had to be on a flight to Auckland at 9AM, and at the last minute I decided not to take my laptop (too heavy), so here's my part, a week later.

1. I love to sleep. I like to go to bed early, and sleep in late. When I was a baby, my parents worried I wasn't awake long enough to develop normally. I understand as one gets older one starts to wake up earlier; I'm in no danger of aging in this respect.

2. I love wobbly food; jello, pudding, flan, mousse; even soufflé and certain cakes with a wet middle part. In Asia, there are seaweed- and potato-based wobblies, which often on menus in English are called jelly, but they are not sweet and often are firmer, and not all are deserts. One day, I would love to travel to Australia or Turkey to taste Turkish ice cream, which I understand is a wobbly; New Zealand doesn't allow importation of the special milk required to make this. Come to think of it, this explains why so much of me is wobbly; I am what I eat.

3. At one point, I wanted to be a fire fighter. I thought it was the best job for someone requiring immediate satisfaction of a job well done. However, I am terrified of coming down ladders, so that put a damper on the idea.

4. I love my husband, so much so that I really didn't even look at other men for the first ten years of our marriage. Keanu Reeves looking Asian in the first Matrix movie changed this. (I didn't even go to the cinema, but saw it on a flight.) Until then I had heard his name, but didn't know what he looked like; I don't think his Chinese 1/4 has come out that strongly since, though. Around 2000, I semi-seriously contemplated running away to Sydney to get a menial job on the set of the sequels. I know he's wooden, but I still think he's underrated; Keanu, that is, not Ben.

5. I had to leave Minnesota after graduating from university because my student visa ran out and I didn't know how to go about applying for a work visa; this was before the days they started giving away green cards. I still feel I was semi-deprived of almost-birthright, but now that I'm older and feel the cold more, I'm inclined to think things worked out for the better.

6. Gray is my favorite color. Even though some say it's not a color. I am fussy about my grays, including the tiny amounts of different hues included in them. I like mid- to mid-darkish grays with hints of blue or purple, or blue-brown.

You know the drill: six quirky things about you, six blogs, leave comments. If interested, consider yourself tagged. (Just had to show you my new luggage name tag. Isn't it cute?)
Posted by Meg at 9/06/2008 09:20:00 PM