"Life is a rich collage," said Dot. How beautiful.

I had my last drawing lesson of the term; we have a long break while Ronette wanders off on a holiday, and today concluded my second year of drawing. I had a horrible fore-shortened view and had to amputate the lovely model's right leg 12 times below the knee and thrice from the thigh, and still the knee-foot length was much too long, but that sort of thing doesn't bother me any more. Next term we are going to get fiddly, apparently; we need to prepare/gather a some stuff.

Then we had our first Textile Lunch of the year. Most of the time was spent discussing which pieces we liked/didn't like in Changing Threads, and why, and what we thought of the overall exhibition. Whilst I hope to not take anything away from victims of such deeds, I was frustrated such themes as domestic violence, child abuse, and death are still in vogue, wondered why "happy" is not in.

We also discussed the loveliness of having a dish washer, (don't ask me how we got there,) which lead to my reporting that I recently overheard Ben calling me his "partner" for the first time, and whether we, Ben and I, were due for a model change. End of April we will have been married 20 years, and Ronette and Ali said I've been demoted, ("dissipation of commitment" said Ronette,) but they also told me in no uncertain terms Ben is a keeper and I should stick with him as long as I can. Nice to know people important to me think that, but they said nothing of Ben keeping me as long as he could. Hum....

Then I went to the library to study, but I got side-tracked. This may be old news to you all, but I've been blogging one month short of four years only, and I found this fabulous, mind-booggling eye-candy of a book published in 2002; it's called "fabric" by one suzanne trocmé, (very cummings, this cover) published by Mitchell Beazley. I think I have to have it. Big pictures, macro shots, more modern than ethnic/old textiles, but a good variety.

We're going to Wellington tomorrow, for four days, and Keeper Husband Ben has next week off, and this time it's not a short-leash holiday. Yippie! We're going to do touristy things, maybe go to the observatory, film archives, Te Papa, our national museum, and their Pompeii (Doni, two i's??) exhibition, my main purpose of this trip. We're staying in a different part of town this time, too, so that should be interesting!

And we might even take our laptop, as the entire hotel is Blue Ray-read?/fitted?/connected?/whatever! 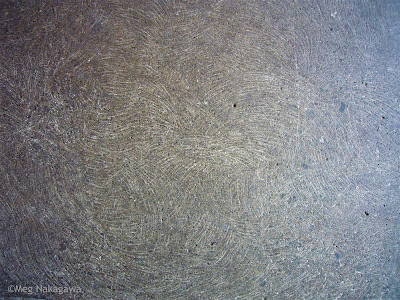