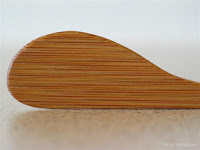 April Fools Day, meaning, it's our 19th anniversary, though our wedding was on the 28th; meaning, also, I'll be 51 in a couple of days, which is anticlimactic compared to 50.

I'm feeling defeated by the building project, (which will go on until the end of April, I estimate,) by gallery stuff, and national guild stuff. But most of all, I'm sad about not seriously being able to get on with my 2009 weaving year, and at this rate, not for a wee while yet. I try to work incrementally, but it's been unsatisfying.

I should be feeling a bit more chipper as my stuff seems to be selling fairly constantly at The Suter, and I get wonderful support from the women there, Andrea, Anna, and Julie. And a volunteer whose name I can't remember.

There's a Twitter-related discussion on Cally's and Lynne's blogs, but I'm glad I'm off Twitter; it's too busy and too noisy for me. I've been scarce in Facebook for a few days, and it's been nice. I'm not reading nor drawing. I need silence, and I wonder how this period of my life is going to be a good thing, looking back, in future.