Mine or Someone Else's??

The reason why I've been procrastinating, for which I haven't found the right words to explain, boils down to a choice between weaving something I know will work, or something I like and want to weave and put my name on, even if it's the less successful (in a conventioanl way) choice. 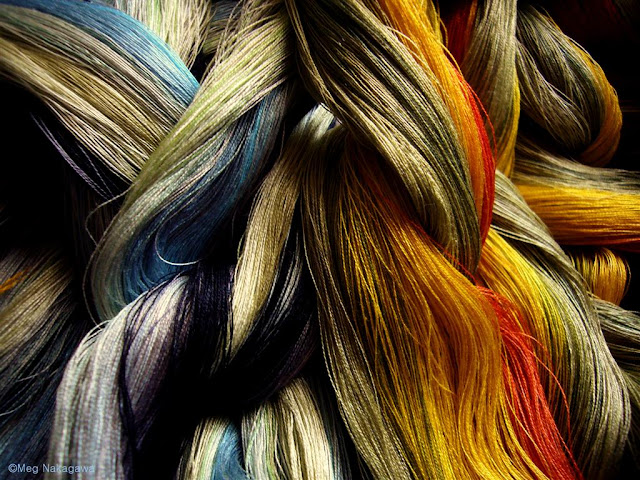 When I made this warp, the end product was going to be a 3- or 4-sided hanging installation with a light shining from the bottom up on the inside of the ... hanging thing, but secured at the top and weighted at the bottom, so it could rotate. With that in mind, I created a few drafts that showed off the warp-wise color transition, without obvious weft-wise distraction. I wanted a continuum or a relationship from one panel to the next as the whole thing rotated. As drafts these aren't overly exciting, but as a hanging installation piece, I thought it would look... contained... not distracted... clean and simple. Perhaps like a "nice" interior piece. Here's an example: 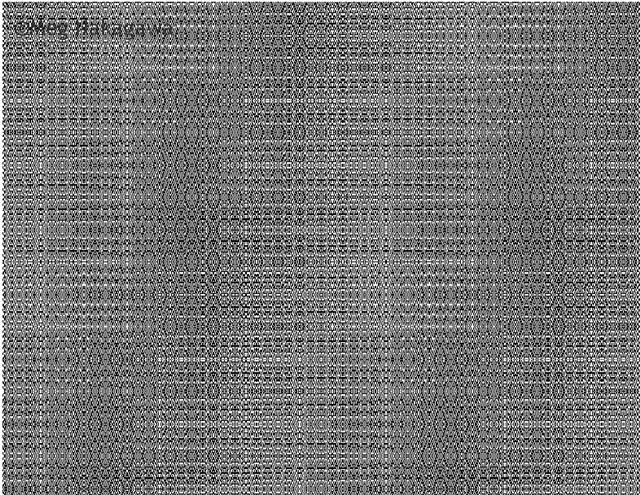 This pic is in landscape, but the piece would have been about 2 meters long and around 40 centimeters wide, and I get the feeling the draft would have enhanced the main attraction, the colors. At least the changes of shapes wouldn't have competed with the color changes.

But I decided some time ago I was going to weave the warp into three or four shawls instead, and as it has become my (good) habit, I tried other threading. In the one below, the threading still advances, but the repeat is greater, so the change in the (... ok, I'm struggling with the explanation,) pattern is more gradual. And there is far more weft-wise design changes, or divisioins. I'm not sure how this will work with the warp color changes. 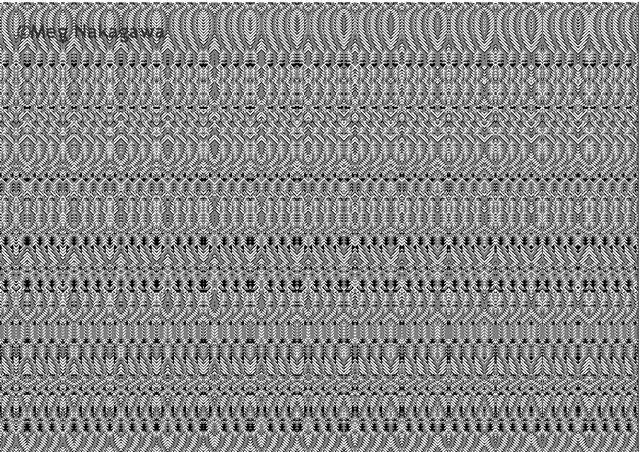 I inserted a few random colorchanges in the draft here and I was horrified how the colors overtook the shapes, though these colors are not accurate representation of the real warp.

In the draft below, I used the threading from the top draft, and the treadling in the second draft, and came up with a draft much too horizontally-stripy to use in a gradated warp. 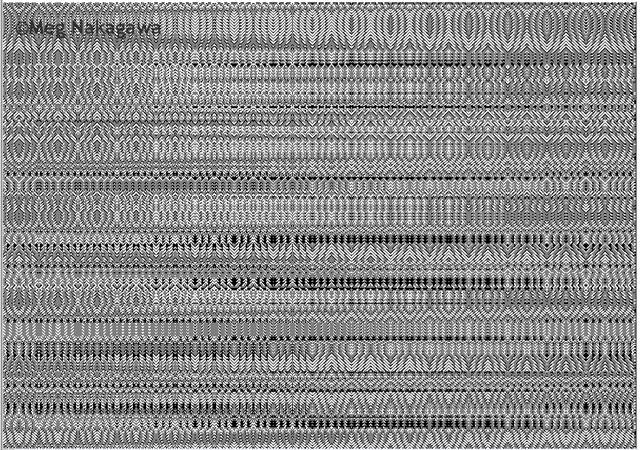 Sometime ago when I was on the "inevitable cloth" high, I think I wrote that I wanted the color transition to... go hand in hand with the shape transition; at least not have one get in the way of the other. I see that I've been making many weft-stripe style drafts and worry these won't work harmonously with the current warp.

I believe the top draft and similar will produce the more harmonious, appealing end product, but I can't help feeling I've seen many pieces like these before. I love the second draft and similar because they are the indulgent, Geek Drafts which feel like "my" work. I am having to decide between weaving pieces that will probably be more successful but which I don't feel are uniquely mine, and pieces which are probably less successful but to which I feel more attached.