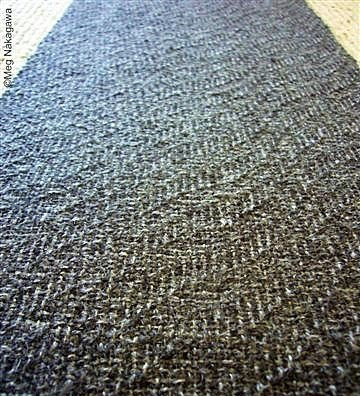 Julie's scarf is still on the floor drying, but the colors are more subtle and I enhanced the contrast a bit.

So there have been two thoughts jumping up and down in my head like four-year-olds on a trampoline. I don't know what to think so I'm just watching these kids. (You must excuse me because I'm just thinking out loud here...)

First thought. Take, for example, point twills, and for convenience, let's say 2/2, tromp as writ. What is the advantage of having more shafts, other than being able to make bigger units of shapes? 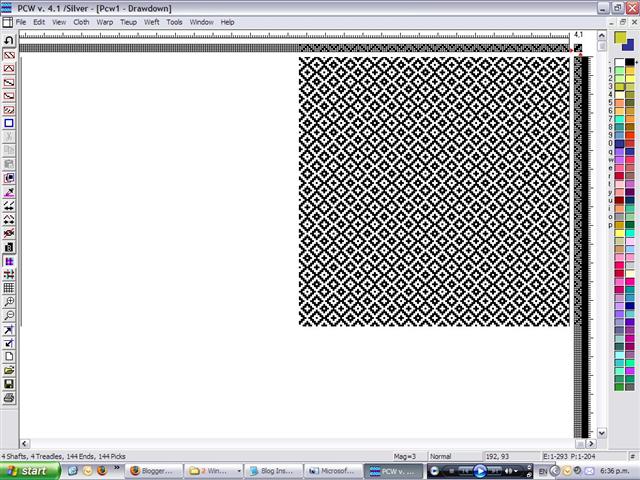 This is a 5-end point twill on 4-shafts with white warp and black weft. 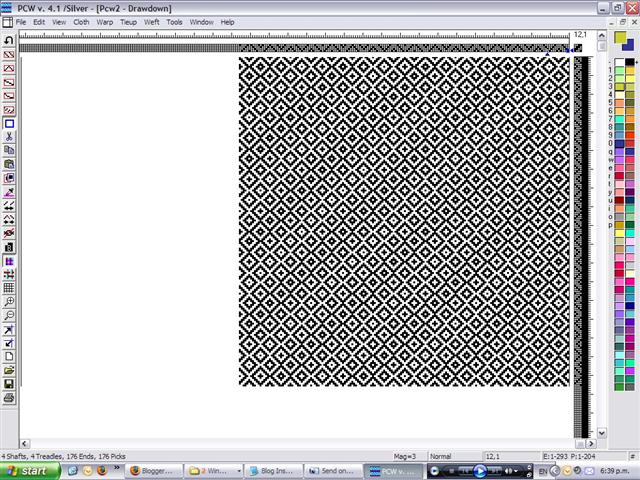 This is a 6-end point twill on 4-shafts with white warp and black weft. And each "unit" of square is the same size as above, but there is a little more space in between them. I think. I'm nearly going blind already. 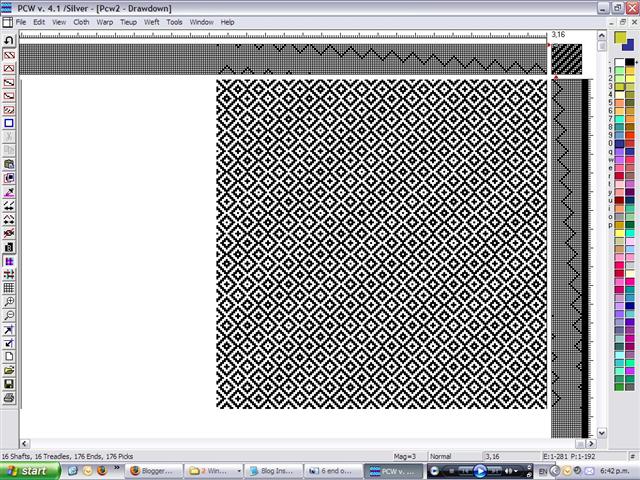 This is a 6-end point twill on 16 shafts, and you can see, the resulting structure is identical to above. 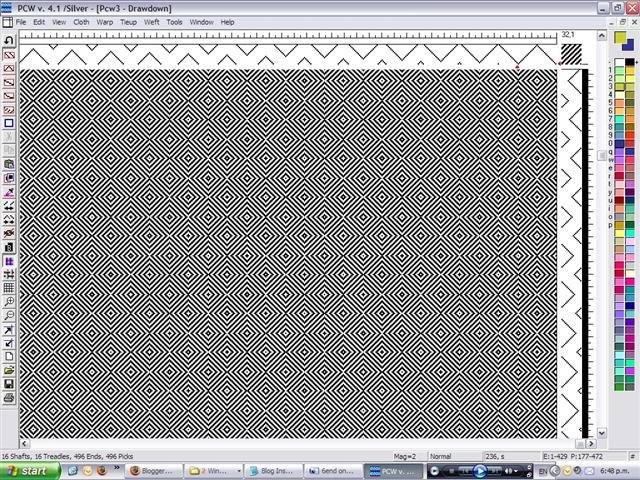 This is a 16-end point twill on 16 shafts, and the squares are bigger, but at this scale, the first two are more visually appealing to me. (And if you see yellow/orange bits on this pic, I'm not sure where they come from, but the warp is still white and the weft black.) 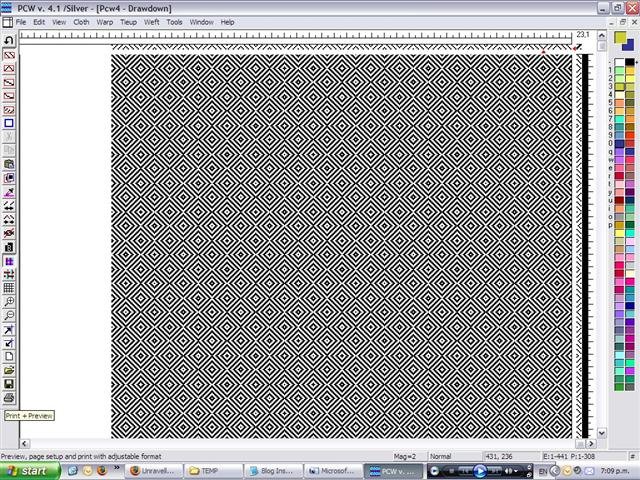 And this last one is a 16-end point twill on 4 shafts. Are you getting a headache?

At this point, my conclusion is that within the constraints of this experiment, (2/2 point twill, tromp as writ), the advantage of greater shaft number means larger square units, with the possibility of making the inside of the squares more complicated. Which ties in with something else I've been musing vaguely: scale. When I start weaving with 60/2 cottons at 90EPI, I will need all 16 shafts to make a square that is about the same size as 20/2 cotton at 33EPI woven on fewer shafts. Would that be about right?