Thinking and Not Thinking 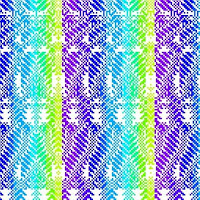 I've been happy I've not been pondering the Art vs Craft question, and just getting down to doing my thing. I almost blogged about it this morning, but there was nothing to say! So I worked some more on the Geek Drafts (I like this name!) and then I remembered something.

Back in 90's when I embarked on my flower arrangement/floral art phase, I bought tons of books on the different styles. Among them was a book by a potter, I think, who never had lessons but just loved making arrangements, and had a collection of his arrangements photographed and published. I thought it was the most beautiful of them all, until I started to take lessons, and after a few months I hated the book so much I threw it in the trash.

Japanese flower arrangement is formal, and for the first several years, depending on how strict your master is, you just plonk stuff to a formula. But these are tried and tested formulae, and follow the rules of aesthetics, and though the different schools may give them different names, the fundamental principles are the same. These formulae aim to make flower arrangements look beautiful. And once you know these rules, you start to look at arrangements in what I assume is a more discerning, learned way.

The arrangements in the said book looked so messy, unfocused, like, quite frankly, attractive women sitting with their knees apart!

I studied Western style flower arrangement as well, and though there are some interesting differences, (in most Japanese styles, the main/central flower or branch leans slightly forward so the arrangement looks like they're coming at you, making you take notice,) there are many rules in common.

While flicking from one draft to another, I was wondering if my Geek Drafts are like the potter's flower arrangements; I wondered if one day I'll know more about weaving and beautify that I would shudder to look at my undisciplined-ness.

And then we go back to the question of for whom we weave and whether I want a direct and immediate appeal to people who get me, or the approval of the discerning and the learned. (Both would be nice, but I can't think that far ahead.) Never ends, does it?
Posted by Meg at 3/07/2009 04:02:00 PM