Thanks to all the work that's going on, I can't get into the kitchen nor the living room, I can't step into my stash room, and I don't want to go downstairs lest the builders need me.

So I've been working on my website, actually managing to get some contents in, though very slowly. , Well, only two exhibitions, but it's still good.

But while looking for some info about Re:Fine I took part in in late 2007, I discovered to my shock & horror that I'm missing one or two notebooks.

At any point I have a sketchbook (or two or three) and one notebook going. Anything goes in my notebooks; I might scribble a To Do list, paste a nice picture, make note about other artists' works or exhibitions, or work on projects before they transition into the sketchbook. Re:Fine opened in September 2007, so I was looking for the notebook from that period, but no, I have a notebook up to February 2007, then the next one starts in February 2008!! That's a whole year missing, and even though I may not write in the notebook for ages, I've not been without a notebook since late 2001.

Travesty. It was one of my busiest periods when I took worked on Re:Fine, Culturally Routed, Twilight Market and Craft 08, so I know I had at least one, if not two, notebooks covering that period. Twilight Market alone was a good one-half of a notebook.

Now I am really keen to clean up that stash room, after all the work with the wood burner is completed. I am shocked, because I thought I could always rely on my notebooks and sketchbooks!! 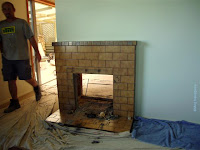 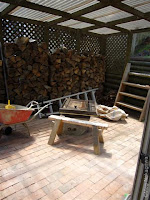